One step down from the flagship HF-G30 is the Legria HF-G25 (also known as the Vixia HF-G20 in the USA), launched at the US Consumer Electronics Show in early 2013.

Featuring a native 1920 x 1080 Full HD sensor, a 10x optical zoom lens, 32GB of built-in memory as well as dual SDXC/SDHC memory slots, microphone & headphone sockets and a variety of manual controls, the G25 is a capable piece of kit which can work for almost any situation. 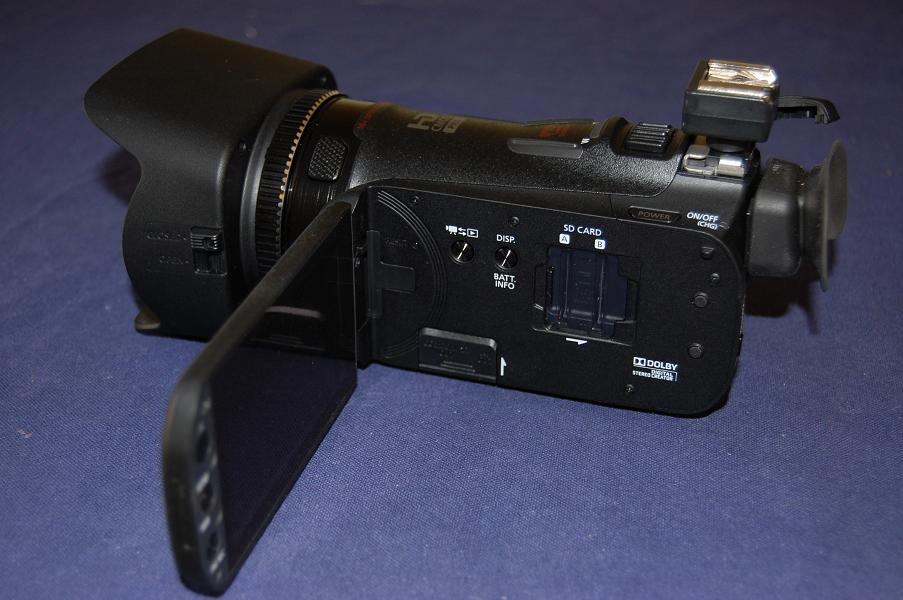 But despite its novelty, there are in fact only two differences from the prior model, the G10: a claimed 20% improvement in low-light capabilties and an improved lens hood design with an integrated flip-down lens protector. 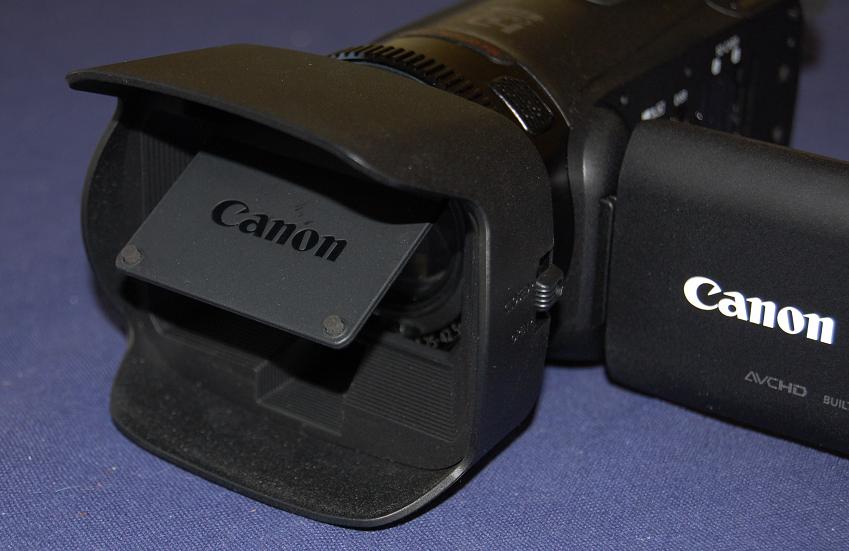 Compared to many modern point-and-shoot camcorders, it’s quite chunky in the hands (though anyone who recalls the older generation of bulky DV tape cams might laugh at such a description!) but this gives it a solidity and weight which is quite reassuring. A manual lens ring with a decent feel to it crowns the front of the device, and a small but accessible thumbwheel on the back provides additional manual functionality, configurable from a handful of options. 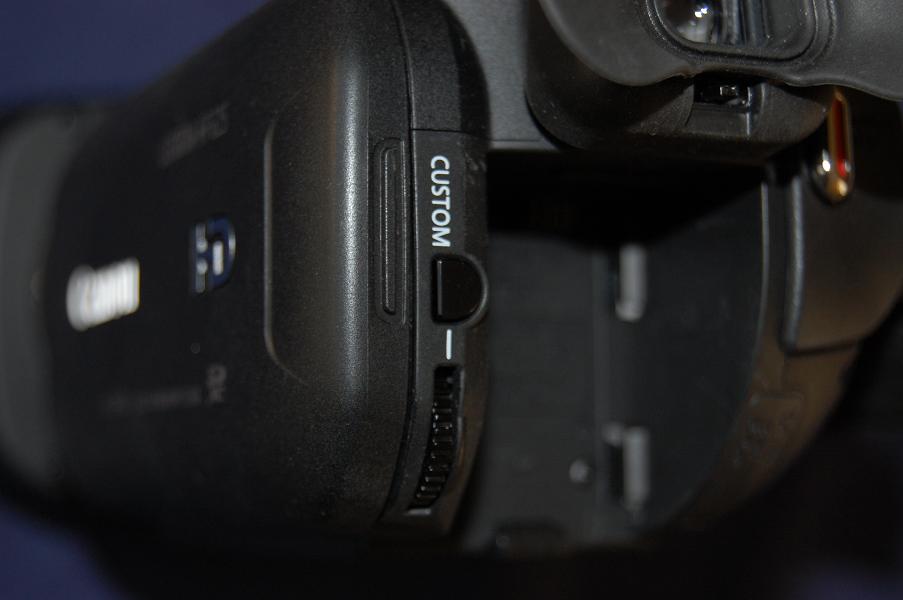 You can watch our editor’s first look at the camcorder here:

In use, the auto mode proves to be perfectly capable, with generally swift and accurate autofocus and decent exposure. The danger of auto is more apparent in lower light situations of course, where image quality will degrade and the camcorder will attempt to compensate by adding in bucketloads of electronic gain which adds noise, and, perhaps, a slower shutter speed which can lead to a blurring effect.

Better then, to switch the camera to manual using a slide switch on the back of the unit. In this mode it can still operate almost fully autonomously but you have the choice of taking over control should you so wish, for essentials such as iris, shutter and gain, as well as white balance, audio recording levels and focus.

Focus is achieved easily using the lens ring, with the camera providing both “focus assist” (which zooms part of the image on the screen so you can better see what you’re focusing on) and peaking (which surrounds items in focus with a red line, thus anything so marked can be taken as being in focus).

Unfortunately, the focus assist doesn’t operate during recording so if you need to recheck your focus or you change subject, you either have to guess or stop recording while you reset. Sadly, the peaking is either on all the time or off, it cannot be set to come on only when adjusting focus such as in tandem with the focus assist. It makes you wonder whether any camera operators actually had input into the design or whether the engineers were left to their own devices…

Exposure can be easily controlled via the control dial on the back, with electronic ND (neutral density) filters automatically coming into effect above F4, to stop down the light entering the camcorder and keep the iris at its sweet spot. Tools to assist include zebra lines switchable from 70% to 100% and a waveform monitor. Irritatingly again, those tools don’t appear on screen automatically as you adjust the exposure; you have to go into touchscreen menus to switch them on, which is frustratingly slow and infurirating. It surely wouldn’t take much of a software update to have the option for all these very useful focus and exposure tools to appear at the point of adjustment (just like the focus assist already does)?

Using the menus also highlights this camera’s other main flaw, it’s resistive touchscreen which is hopelessly awkward in its response, requiring a firm thumb or finger push to operate rather than the slick touch we have all become used to on contemporary mobile phones (the new G30 has a capacitive OLED screen which is far superior – at a price)

The video recording fomat is AVCHD up to 24Mbps or as low as 5Mbps which provides something like 12 hours recording time on the inbuilt memory. Although a 25p mode is included for that “film look”, it’s saved as an interlaced file so your editing software will need to understand what it’s looking at. No 50p mode is available, just the television-standard 50i. For creating DVDs and viewing on TV it’s perfectly fine then, and in fact, by the time a video has gone through an edit, output render, encode by YouTube, and display on who knows what kind of screen at the viewer’s end, de-interlaced 1080 50i looks perfectly fine to us too, so we wouldn’t worry too much about 50p unless you’re keen on doing lots of slow-motion filming for which it can be helpful.

Stereo audio is provided by two built-in microphones just behind the lens. Inside they’re OK but outside they need a fluffy wind jammer despite a menu setting to reduce the effects of wind noise. An external mic can be plugged in via the 3.5mm jack socket but take note that this socket does NOT provide so-called “plug in power” so only self-powered microphones will work. Also, the automatic mic settings are terrible and should immediately be switched off as a decent sound can be recorded if you muck about with the menus, as shown in this video:

Stabilisation on the camcorder is decent, with three levels of capability (standard, dynamic and powered) each of which is targeted at a different type of use. And the 10x optical zoom provides reasonable reach. Beware the menu option for 40x and 200x digital zooms though which do truly terrible things to the image and were a waste of Canon’s time to include, as demonstrated below:

One other irritation of the camcorder is its proprietary shoe design which Canon labels “Mini Advanced Shoe”. It is advanced in the sense that certain Canon accessories such as the DM-100 shotgun microphone plug directly into it so you don’t need to have a dangling wire going to the mic input but it’s not advanced in the sense that it’s a non-standard size so if you want to mount any other accessories to the top of the camcorder, you’ll need an adapter. Fortunately, these are relatively cheap. 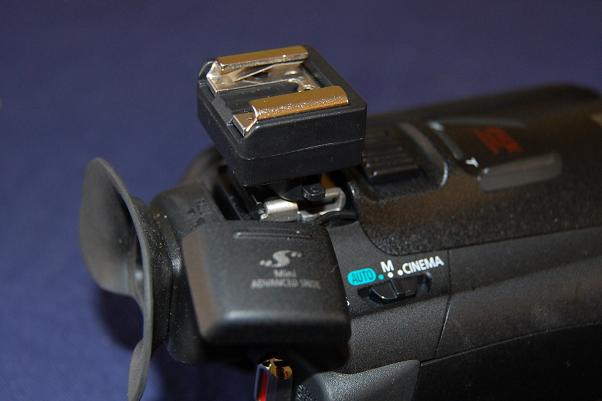 In summary
The Canon Legria HF-G25 is capable of excellent images and has decent manual controls. It is not without flaws however and in terms of pure technology it is left behind by the likes of Panasonic’s x920 which boasts better image stabilisation, WiFi for remote control and live streaming, and 50p recording. Whilst the HF-G30 addresses those technology issues, it does so at a substantial price premium to the G25. If WiFi and 50p are not vital to you however, and you have a liking for Canon gear, then the G25 is a fine purchase.

You can buy the HF-G25 via this link: http://amzn.to/1piN8kN which is our Amazon UK affiliate; in other words we’ll get a few quid commission and will be forever in your debt (no, not literally). Should you prefer to flash the cash, the HF-G30 is available here: http://amzn.to/1nIWh7V

You can watch our entire, 13 video sequence about the G25, on YouTube here: