The Aputure V-Mic D2 is the successor to – you guessed it – the Aputure V-Mic D1. It’s a compact, lightweight, mono shotgun mic for use on top of a camera or camcorder in place of an internal mic. 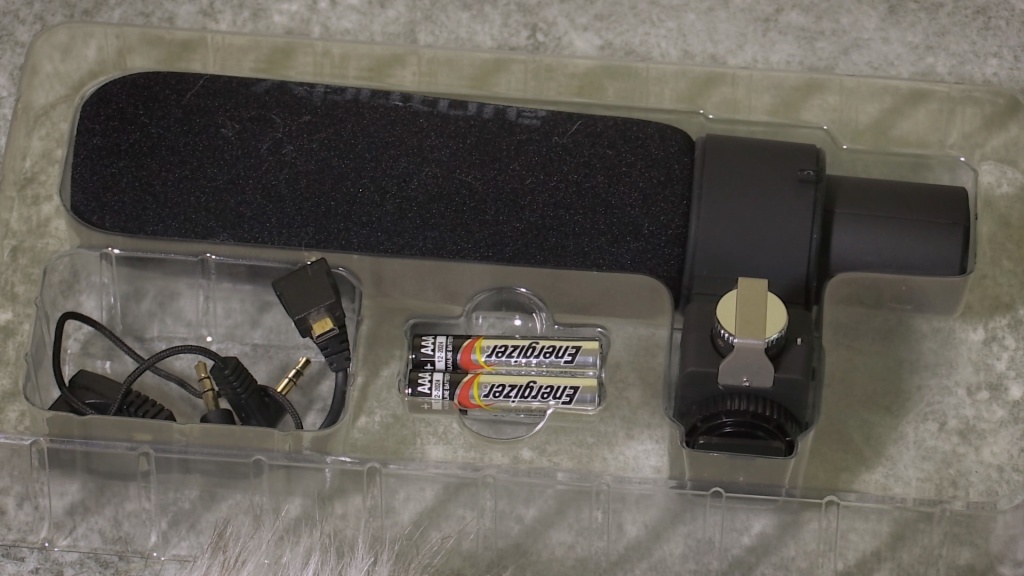 It comes supplied with a furry windshield, two triple-A batteries, a cable from the mic to its base as well as a cable from the base to your camera, and some instructions. The mic itself is around 19 centimetres long – that’s about 7 and a half inches – and also has a standard foam popshield and a rubberised suspension mount on top of a base unit.

The two batteries slot into the back of the mic and Aputure claim 100 hours run time. Being battery powered is good news for anyone whose camera doesn’t supply power via the mic jack which includes some Canon camcorders as it means the Aputure will still work with these. 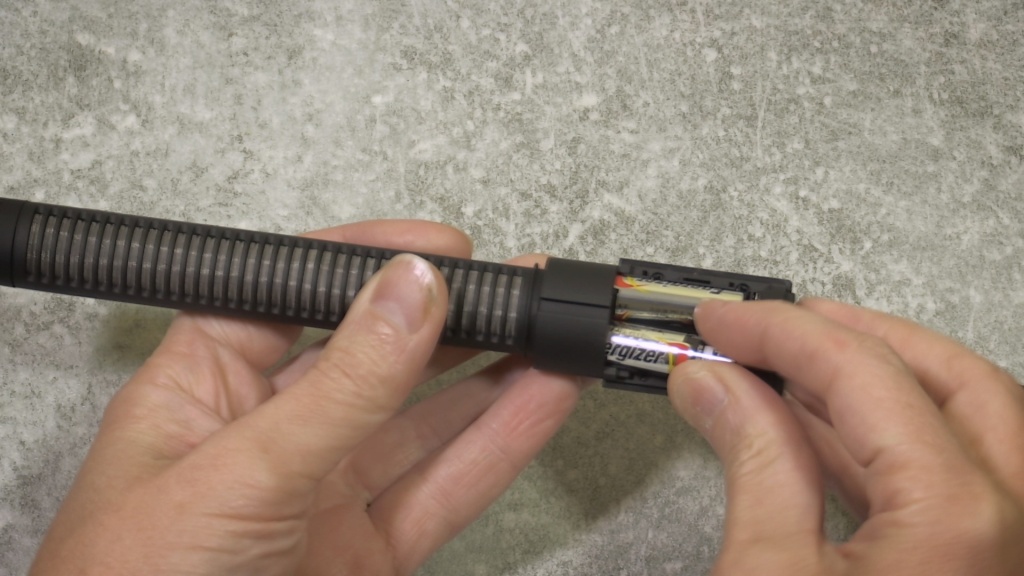 The supplied mini USB cable plugs into the side of the mic and down to the base unit, then the output from that runs on a standard 3.5 mil jack to your camcorder. Unusually, the base unit boasts an internal pre-amplifier with a control knob on the side to adjust its sensitivity, along with two calibration LEDs – one for minus 12 and one for overload.

And one of this mic’s key selling points is a calibration feature whereby you flick a switch on the base and it sends a full-scale beeping pulse to your camcorder. You adjust your camcorder’s recording volume against this so that the meters are just hitting maximum; then you can simply use the knob on the microphone to adjust volume rather than having to mess about in any fiddly menus on your camera or camcorder. 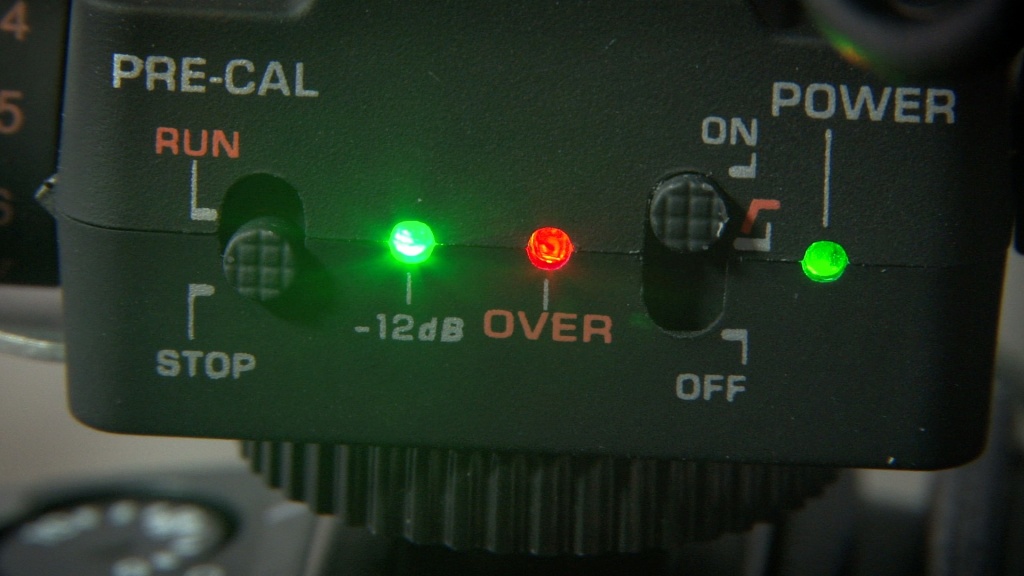 In theory the V-Mic’s pre-amp will be quieter and better than the one in a camera – probably less so a camcorder – but we’ll come back to that in a second. Aputure are pitching the V-Mic D2 firmly against Rode’s VideoMic Pro which is an ambitious target as the Pro is so popular but costs about fifty percent more than the V-Mic (£125 vs £80).

So, what does the V-Mic sound like? The video above includes test recordings against the two Rode offerings, including male and female speech; some silence, to hear the inherent noise in the mics; and some music.

We also tested the included windjammer which provided a reasonably effective barrier against the wind even in a strong gale albeit at the expense of some high-frequency response which a much more expensive windjammer (a Softie from Rycote) was able to permit through. Since the Rycote alone costs as much as the entire V-Mic D2, we think the included windjammer was pretty decent all things considered. 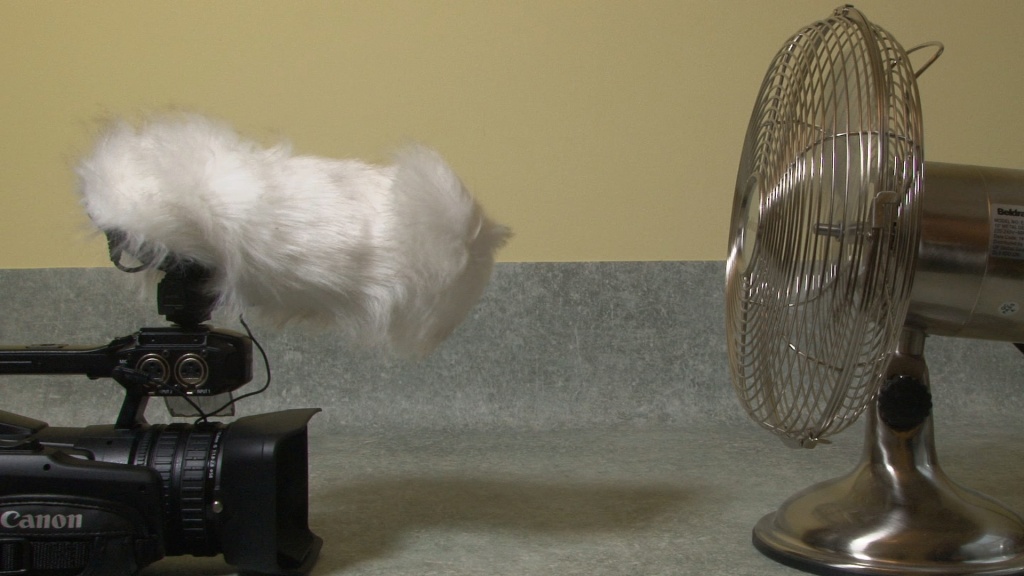 So, conclusions then – is this new mic worth your money? Well it’s good value in the sense that you get a lot in the box for very little money including the mic, the windshield, cables and batteries so it’s a complete package. To our ears, the V-Mic D2 certainly sounds very similar to the offerings from Rode – particularly in the piano example in the video, as we switched between mics, it was hard to discern any difference. 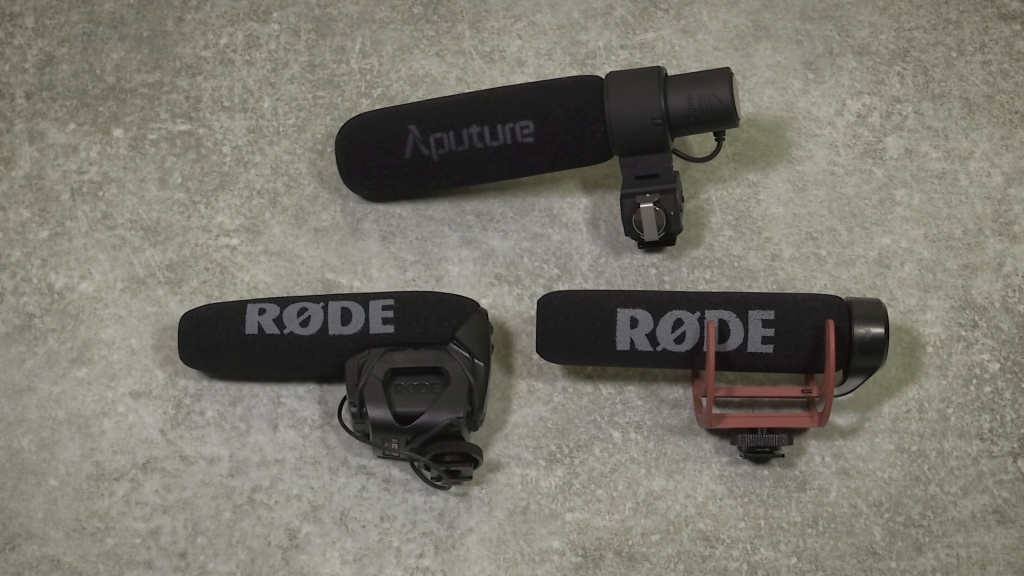 There are however two caveats on the V-Mic D2. The first is that, like the Rode Videomic GO, the V-Mic D2 appears to be susceptible to picking up stray electronic noise such as the weird glitches and beeps you get from a mobile phone when it’s transmitting back to the cell tower. You could hear this effect at the start of the piano recording (again, in the video above).

Secondly, the inherent self-noise of the V-Mic (the whooshing electrical shhhh-ing that all analogue electronics make to some extent) is slightly louder than the Rode Videomic Pro. It’s not hugely loud but it is audible especially if you’re a nit-picking audio critic – which we are. This means that if you’re trying to record selfie vlogs in a quiet room, this probably isn’t the mic for you but if you’re in a loud environment where there’s a general hubbub, that self noise will be entirely masked and hidden by the sounds around you.

As always we recommend wearing headphones when recording so that you can monitor exactly what’s being picked up by the mic and that way you’ll know if it’s catching stray phone signals or if the self-noise is audible above what you’re filming.

Frankly for £80 you can’t expect studio-grade audio out of the V-Mic D2 and for the price it does a reasonable job – almost certainly better than an inbuilt microphone on a camera or camcorder. At the very least it should give you a clear sync track when recording audio separately (for syncing in an edit); at best it will do a reasonable job of capturing useable sound for YouTube videos and the like.

If you’d like to buy any of the mics featured in this review, we’d be very grateful if you’d do so via our Amazon links as that provides us a small commission to keep the website going. The links are: