One of the trickiest aspects of video filming and one that is done badly by a remarkable number of people even on network television it seems, is getting exposure right. That’s because exposure can be tricky unless you’re shooting in perfectly controlled conditions such as a studio where every light can be minutely controlled and there’s time to adjust the set. Outside of that environment, exposure can be a bit hit and miss (imagine if you will, when the sun comes out from behind a cloud – suddenly your perfectly set up shot becomes wildly over-bright)

Don’t fall into the trap of thinking the solution is just looking more carefully at the image on the camcorder’s viewfinder or LCD screen. Not only can these be set bright or dark independently of what’s actually being recorded but the ambient light around you when filming can make the image on them look brighter or darker than it really is too.

For this reason, camcorder manufacturers have long included clever tools to help the cameraperson with getting exposure right. These tools include waveform monitors (WFM), histograms and zebras. In this article we’ll describe what the latter is and how to use it.

In detail
Zebras are black and white striped patterns that are superimposed onto the picture in the camcorder’s viewfinder on any area of the image that’s within a set band of exposure.

Typically camcorders offer one or two preset levels for the zebras to kick in based on industry standards. These are around 70%, used for exposing caucasian faces correctly; and 100%, as a warning that the picture is about to become overexposed and the highlights clipped.

So what do we mean by 70% or 100% anyway? Well, digital camcorders record the image as a series of numbers, just like all digital devices do. Those numbers represent the brightness of each dot (pixel) making up the recorded image. That brightness get be thought of as 0% when it’s totally dark or black, and 100% when it’s as bright as it can possibly be.

Going All The Way
The 100% zebra pattern indicates that the recorded pixels are at their maximum value. If you were to turn the camcorder’s exposure up further then because the pixels can’t go any higher than 100% but you’re turning up the brightness, detail in the image will start to be lost. Once recorded like this, it can never be regained. It’s similar to recording sound too loudly; once audio has been captured too as distorted, it can’t be brought back as “undistorted”.

To put it even more simply, imagine counting to 10 on your fingers. Now try to count 11 … or 12 … and you can’t! The maximum is 10. Any detail above 10 simply gets lost forever because it’s recorded as just 10 (we are assuming in this example that you’re not some clever chap who counts in binary on their fingers and can therefore go up to 1023…)

Seeing the zebra pattern on your screen if it’s set to 100% is thus a big warning flag that your image is about to be recorded too bright and the exposure should be reduced. 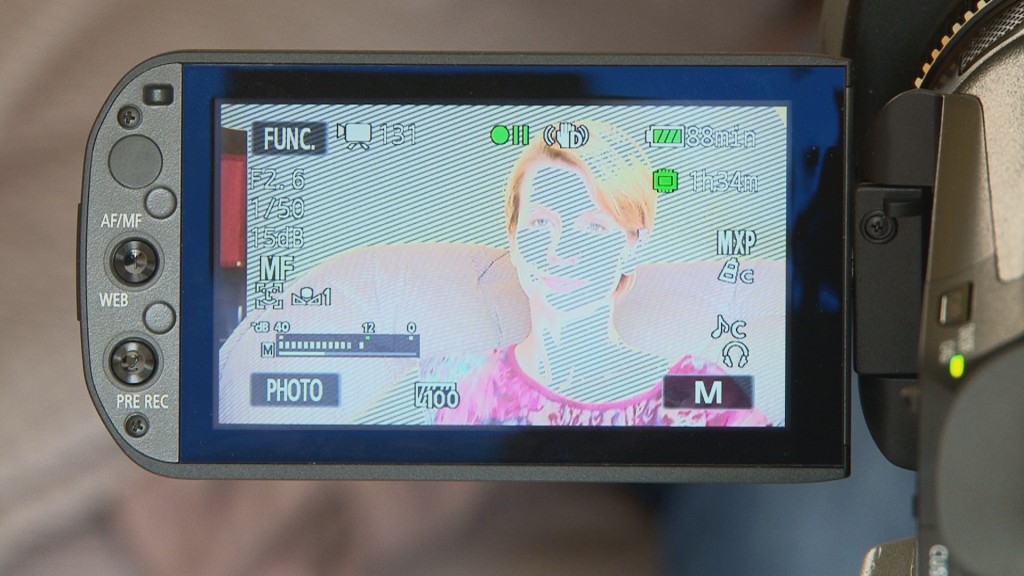 Zebras at 100 percent – image is being clipped

Exposure in black and white
The other major use for zebras is to set the correct exposure for faces, for example when filming an interview or filming a presenter piece to camera (aka “stand up”)

There is a general rule of thumb that white caucasian faces reflect about 70% of any light that falls on them. In exposure terms, that corresponds with 70% brightness of the pixels. So the idea of using zebras set to 70% is to change the camcorder’s exposure settings (f-stop and gain) until the face just starts to show the zebra pattern in the viewfinder and that way you know you’ve got the exposure set correctly. Don’t overdo it – you don’t want the whole face necessarily being zebra’d out. Just a hint of the pattern on the brightest spots (usually the nose & forehead) should do it. 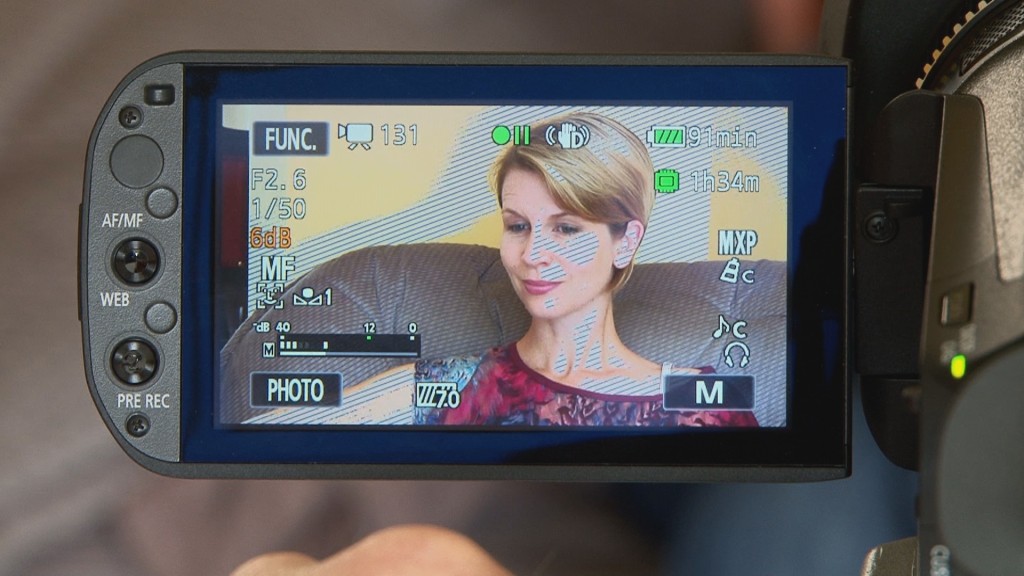 You’re surely wondering what happens for non-white faces and the answer is not so simple. Firstly the whole 70% thing is merely a rough guide because the range of human skin tones means it’s only ever approximate.

This becomes more pronounced with non-white faces because the range of tones means there’s no simple ballpark exposure figure to work on. You have to simply go more by eye, or start by exposing to 70% (which will be vastly overexposed for a dark skin) and then dial the exposure down.

You could also stand in a caucasian person, set the exposure (which will now be correct for the level of light in your environment) and then bring back your darker-skinned guest.

Be careful when relying on zebras to set exposure though. In almost every case, parts of the face you’re filming will be darker than other areas. Imagine, if you will, a bald man in bright sunshine. The top of his head will be bouncing a lot more light off it than the area under his eye sockets which could well be in shadow.

Setting the exposure based on zebras showing on the top of his head will therefore mean only that the top of his head is correct and this is unlikely to be where your viewer’s attention is intended to be drawn. The rest of his face will be too dark.

Instead, turn the exposure dial a bit more until the main portion of his face is just starting to show the zebra pattern – this may well mean the top of his head is overly bright but this is normal! Different areas of your subject WILL be at different levels of brightness. The key is to pick the one you’re actually concentrating on and set the exposure for that.

Bells and Whistles
Finally, some camcorders permit you to adjust the levels at which the zebras come on or to have two levels of zebra. In the former case, you might set them to 90% just to give a prior warning that you’re approaching the maximum before you actually get there. In the second case, it means you can use 70% for your interviews and still also have them set to come on at 100% (or 90% or whatever) as an overexposure warning.

In all cases though, the zebra pattern is simply a useful tool. It is not an absolutely rigid rule to which you must stick. Like all tools, it’s there to help but must be used together with your eyes and your experience.

Good luck! Here is our video to show the above tips in practice: